Once described as a ‘leaf floating in the Mediterranean’, Cyprus lies in the easternmost part of the Mediterranean linking Europe, Africa and Asia. Due to its position, it has long been used as a ‘stepping stone’ between the three and offers travelers excellent flight connections from many international and provincial airports.
Cyprus has diverse geography with a central spine of mountains, large open plains, forests and beautiful coastal areas with fishing harbors, golden beaches and small secluded coves with crystal clear water.
The island is proud of its luxurious accommodation, excellent conference facilities, as well as cultural and fun events all year round.
Cyprus boasts of having a wonderful weather with more than 340 days of sunshine and in the winter it is possible to swim in the morning and be skiing by lunchtime, as transportation from one place to another is quite easy and comfortable, due to the short distances between all places of interest and venues !


A brief history of the island

Cyprus, although a small country, has a rich cultural heritage with more than 10.000 of history, which is evident from the vast number of ancient monuments and sites, castles and forts around the island.
Cultural heritage of a people is its most important asset, its identity and a sense of continuation through time. Cyprus is the third largest island in the Mediterranean. It has had a tumultuous history. The Mycenaean’s Achaeans brought their civilization here, establishing the first Greek roots 3000 years ago.
Many others passed through, including Phoenicians, Assyrians, Egyptians, Persians, Romans, Crusaders, Venetians, Ottomans and the British. Splendor of Byzantium, founded by Constantine the Great at Constantinople, encompassed the island of Cyprus.
An armed struggle breaks out in 1955 against colonial rule, which lasts until 1960 when the island is granted independence.
Since 1974, Cyprus has been under the Turkish occupation.
In Cyprus you will find prehistoric settlements, ancient Greek temples, Roman theatres and villas, Early Christian basilicas, Byzantine churches and monasteries, Crusader castles, Gothic churches and Venetian fortifications.
In villages, old customs and traditions are still kept alive. Young people still engage in lace-making, wine making, pottery making, oil making, botanical gardening, goat and sheep farming in the beautiful rural villages of the island just as their ancestors did before them. 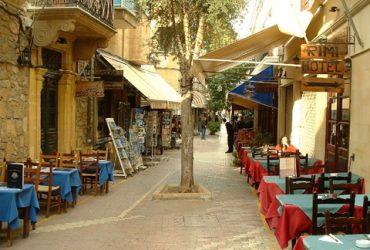 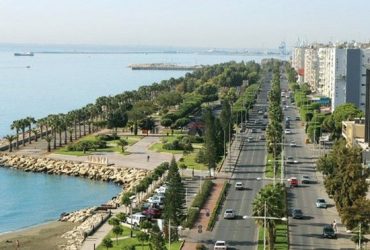 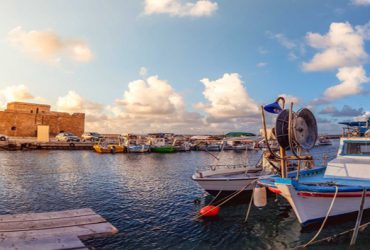 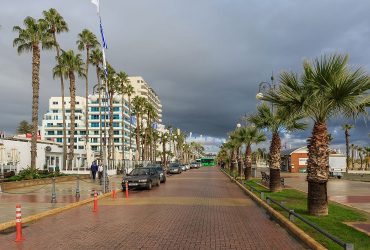